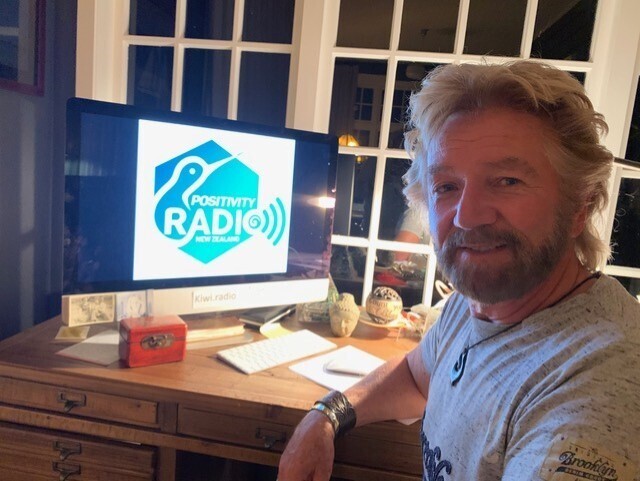 A British media icon, one of Britain’s most popular TV and radio presenters for more than five decades and the presenter of programs such as Deal or No Deal, Saturday Morning Swapshop and Noel’s House Party – it is perhaps surprising to hear that Noel Edmonds is now a resident of New Zealand.

Edmonds insists he didn’t escape Britain, but rather fell in love with New Zealand. His professional inability to stand still traveled with him, and Edmonds found himself founding a new ad-free online radio network called Positivity Radio.

Not receiving permanent residence until the lockdown hit in March, Edmonds told The Drum the country is “a paradise.” The move follows a string of visits over the past three years and was sealed after his appearance last year in ITV’s I’m A Celebrity, Get Me Out of Here, filmed in Australia. Within months, he created a local digital radio network with 100 stations, with the help of a team based in Europe.

â€œI’ve been involved with digital online radio for quite some time and have a fantastic team all over the world, but mainly in Europe, and we have developed all kinds of online media projects.

â€œWhen I started to think about this country, which is now my homeland, and how it will come out of containment, I realized that it was going to have major challenges. I mean, the economy has been decimated. The tourist industry has been completely destroyed. So I thought; â€œWhy don’t we create a network of online community radio stations to promote New Zealand, bring communities together and give businesses the opportunity to communicate their offerings, and also support vulnerable people in society? “”

By creating the network in just six weeks, Edmonds says he found a positive local response. Positivity Radio consists of three main stations serving the whole country, as well as a multitude of community stations.

“[The stations] are facing outwards. They have a lot of tourist information. They are very upbeat, full of great music and positive affirmations. And the idea is that when people can come here, they will come here realizing that it is actually the most positive place on Earth. What we have here now is a communication platform that will help the Kiwis as we move into a new reality. “

Edmonds believes that even though the coronavirus has been a global tragedy, it still offers “a huge opportunity” for people who wish to embrace change.

â€œYou only get a glimpse of the big companies, the airlines that have folded or are falling backâ€¦ so many of these big companies actually had massive debt. They were actually run irresponsibly and when that happened they couldn’t survive.

â€œThe only way for us to get through this, certainly in my new home country of New Zealand, is to focus on small businesses. We have to encourage people to create their own entrepreneurial ideas and we have to give them the right platform to make them come true. We’re not going to step into the new reality with a strong economy in New Zealand or the UK if we build on the old corporate network, â€he proclaims.

Edmonds’ online radio company recalls presenter’s bad star 2013 attempt to lead a consortium to acquire the BBC. Edmonds still believes that the institution’s licensing fee funding model is “unsustainable” and that the institution itself is threatened by the pace of change.

â€œThe passage of time can make you redundant or irrelevant. It happens to individuals. It happens to people who present television and radio shows. It certainly happens to the BBC. What happened?

â€œThe listener, the spectator, has become king. Now we can access all the information and entertainment we could want on a phone, tablet, desktop. It probably comes out of your fridge and toaster, too – you have smart speakers all over the house. Everything Lord Reith talked about when he started the BBC is irrelevant now. “

Despite having left the country where he made his name, Edmonds is poised for a second career as a New Zealand radio mogul. It remains to be seen whether he intends to import a tank gunge south of the equator.

Listen to the full Noel Edmonds interview at The Drum’s Can-Do, including a discussion of his views on the BBC, his case against HBOS, his experiences setting up the Noel’s House Party , his opinions on the character of Mr. Blobby and many more Sequel.