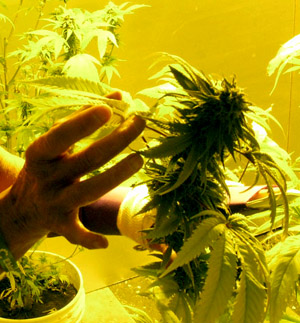 Local radio and TV stations are poised to cash in on cannabis. On Wednesday, the U.S. House of Representatives approved language that would allow broadcasters to run marijuana ads.

The language, in an appropriations bill, would prevent the Federal Communications Commission from denying a license or imposing fines on stations that air advertisements in states where cannabis has been legalized. The FCC’s position is that an illegal federal product cannot be advertised. The National Association of Broadcasters and many state groups, including the Arizona Association of Broadcasters, are pushing for change.

In a press release, NAB spokesman Alex Siciliano said, “For far too long, local broadcasters have been stuck in regulatory purgatory due to conflicting federal and state cannabis laws. The passage of Today marks an important step in allowing broadcasters to receive equal treatment for cannabis advertising that many other forms of media have enjoyed for years.

Arizona voters have approved legalizing marijuana for medicinal and recreational use for people 21 and older.