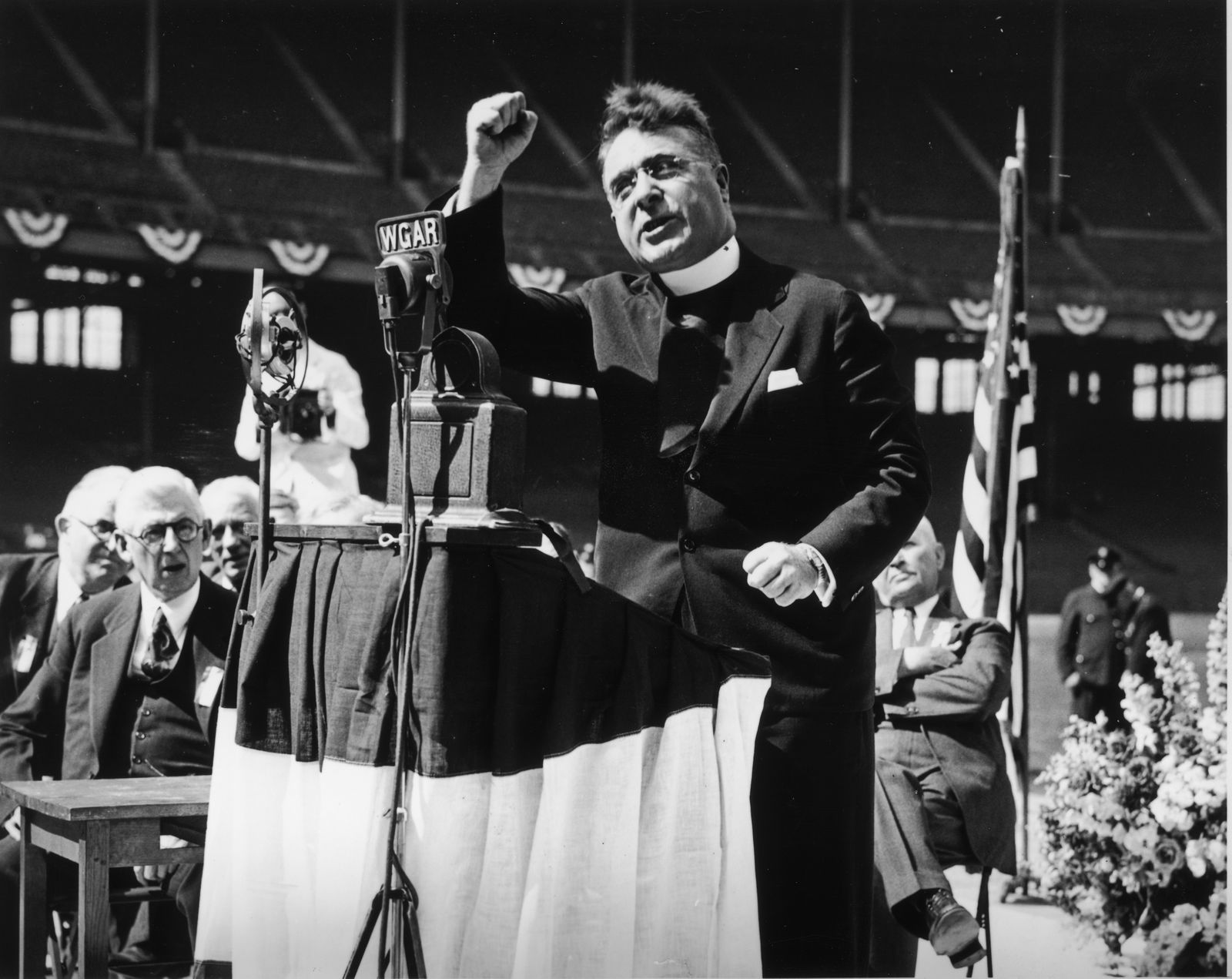 In speeches filled with hatred and lies, a public figure attacks his enemies and calls for marches on Washington. Then, after a particularly virulent speech, private media companies shut down its communication channels, causing dismay among its supporters and calls for a code of conduct to filter out violent speech.

Seems familiar? Well, that was in 1938, and the individual in question was Father Charles E. Coughlin, a Catholic priest sympathetic to the Nazis with unlimited access to the vast audiences of American radio. The companies that silenced him were the broadcasters of the day.

Like a media historian, I find more than a small similarity between the position of these stations at the time and the way Twitter, YouTube and Facebook silenced false allegations electoral fraud and incitement to violence in the aftermath of the siege of the United States Capitol – notably by silence Donald Trump’s claims and his supporters.

Coughlin’s Detroit Ministry had grown with radio, and as his sermons became more political he began to call President Franklin D. Roosevelt a liar, a traitor, and a voice actor. His fierce rhetoric has fueled rallies and letter-writing campaigns for a dozen right-wing causes, from banking policy to opposition to Russian communism. At the height of its popularity, it is estimated 30 million Americans listened to his Sunday sermons.

Then, in 1938, a Sunday sermon crossed the line. On November 20, he addressed listeners about the recent Nazi anti-Semitic rampage in Germany known as Kristallnacht – in which crowds of Nazis torched 267 synagogues, destroyed 7,000 Jewish-owned businesses and arrested 30,000 Jews. Global condemnation soon followed. An editorial in the St. Louis Globe, for example, said, â€œWe are horrified by this outbreak of savagery.

Coughlin saw it differently. He blamed the Jews for their own persecution and claimed in the sermon that the Nazis had in fact been lenient. Only a few synagogues were set on fire, he lied, adding: â€œGerman Jewish citizens have not been officially molested in the conduct of their affairs. And the Communists, not the Jews, were the real targets of the Nazi mobs, according to Coughlin.

Following these obvious lies, a New York radio station decided to break up with Coughlin. “Your show last Sunday was calculated to incite religious and racial strife in America,” said a letter from WMCA radio. â€œWhen this was brought to your attention prior to your airing, you agreed to remove the misrepresentation that undeniably had that effect. You did not.

Other radio stations in major cities like Chicago and Philadelphia have also canceled Coughlin’s broadcasts. Neville Miller, the president of the National Association of Broadcasters supported them by saying that the radio could not tolerate the abuse of free speech.

Coughlin claimed that he had been deformed, and that his intention had only been to arouse sympathy for Christians persecuted by Communists. The Nazi press exclaimed at what it saw as American hypocrisy, saying Americans were “not allowed to hear the truth.” Meanwhile, Coughlin’s supporters began show up and demonstrate in radio stations where his broadcasts had been cut.

RAD anticipated the controversy. “Allowing the radio to become a means of selfish propaganda of any kind would be to shamefully and wrongly abuse a great public service official,” he said the day before the Kristallnacht sermon. . â€œBroadcasting must be maintained on an equality of freedom which has been and is the dominant note of the American press. But Roosevelt refused to act.

Dorothy Thompson, a newspaper columnist expelled from Germany by the Nazis a few years earlier, asked her readers: “Have you listened to Father Coughlin’s broadcasts? He was clearly a threat to democracy, she said, and the FCC itself should take him off the air.

Put Coughlin on the sidelines

Coughlin’s radio empire continued to erode this winter and into the spring. While his pickets still protested at radio stations, the National Association of Broadcasters changed his code promote “a fair and impartial presentation on both sides of controversial issues”. The code was originally established in 1929 to address issues such as fair advertising practices. The revisions of 1939 prevented radio stations from selling airtime for single-speaker presentations like
Coughlin. Understandably, Coughlin claimed his rights were being violated, even though he tried to justify his own violation of the rights of others.

By the middle of the 20th century, this would become known as the paradox of tolerance. Philosophers love Karl Popper and John rawls would insist that at some point a society’s tolerance should not be allowed to threaten its own survival.

For Americans who did not know how to deal with Coughlin, the paradox was resolved by the advent of World War II. In January 1940, the The FBI nabbed 17 of its supporters in a Nazi spy ring, and soon after, calls for better understanding from the Nazis were emphatically betrayal.

After the war, the idea that radio listeners should hear both sides of every controversy shifted from self-regulation of the broadcasting industry to that of government.Doctrine of Equity â€of 1949, which required broadcasters to allow responses to personal attacks and controversial opinions. It was applied by the Federal Communications Commission and confirmed in Red Lion Broadcasting v. FCC in 1969.

Then, with the deregulation era of the 1980s, the doctrine of fairness was abolished, as the abundance of cable TV and radio would have “Eroded” the rationale for regulation. And yet, it turned out that the expected abundance turned into one-sided echo chambers on radio and social media. They worked, like Father Coughlin, to undermine tolerance and democracy.

This article was originally published on The conversation. Read it original article.

Media historian, author of Revolutions in Communication: Media History from Gutenberg to the Digital Age, published by Bloomsbury in 2015, and other books on the history of mass media including Mass Media and Environmental Conflict (with Mark Neuzil, Sage, 1997) and others.

NBC warns TV and radio stations against ‘misusing the airwaves’ for…