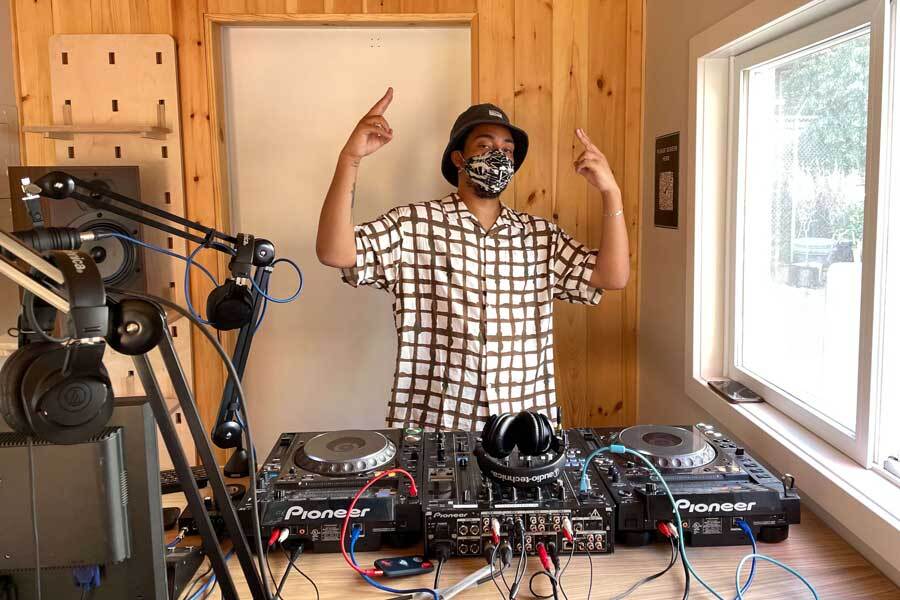 After 15 months of remote broadcasting, the local online station finally has a new home

In the minds of many independent radio stations that came before them, ISO Radio now broadcasts live – from a shipping container.

Legendary online radio stations like NTS in London or The Lot in Brooklyn are housed inside containers, streaming hundreds of sets a month from four metal walls.

â€œSo many of my favorite iconic radio stations are in shipping containers, so I’m really invigorated by the possibilities here,â€ Josephine Cruz aka Jayemkayem, ISO Radio co-founder, said via email.

After 15 months of virtual work, the new space will allow the station to once again be a community hub, a space where DJs, artists and entertainers come together and discover new sounds. The container is located at the Stackt Market, with a large outdoor area around to keep things user-friendly.

The exterior of the container which is ISO’s new home, created by Port Carling-based Ballance Containers

The radio station originally launched in 2019 and quickly became known for the platform for a distinct lineup of DJs, playing genres ranging from hip-hop to Italo disco. They made a concerted effort to spotlight emerging producers and artists and to be a mentoring space, so it was quite upsetting for the team when they had to shut down last March. Before the pandemic, they were based in a studio above the Summerhill Boxcar Social cafe. They have been broadcasting virtually from their homes since the start of the pandemic, but without dedicated physical space, many DJs who do not own or do not have access to equipment have not been able to continue their residences.

â€œISO has been a whole year – lots of ups and downs and uncertainties. And while the pandemic is still ongoing and there is still a long way to go to find a thriving music scene in our city, having this new space is a great victory for our community, â€said Cruz.

In an emailed statement, the Yohomo team said, â€œWe were so happy to work with ISO on this Pride pop-up party because we’re huge fans of what they’re doing in the music community and nightlife of this city, but also because it was an easy excuse to ask some of our favorite queer DJs to play in IRL, with BIG SPEAKERS and PROPER EQUIPMENT for the first time in too longâ€¦ We can’t organize a big pride party like we would love this year, but this the lineup, the venue, and the idea that you can broadcast the sets live all day long wherever you celebrate pride month is a moment. It’s a real family affair.

Yohomo also points out in an article on their Instagram that it is not a party, in case there is any confusion: â€œThis is not a situation of a dance party with a ticket. Stackt follows all provincial rules and they are DJs in a studio playing live all day long with our pop-up store outside.

Kelsey Adams is an arts and cultural journalist born and raised in Toronto. Prior to covering Food, Life and Culture for NOW Magazine, she wrote about music, art and film for several publications including The Globe and Mail, The FADER, Complex CA and Canadian Art.

KBC unveils next step in rebranding of flagship radio stations