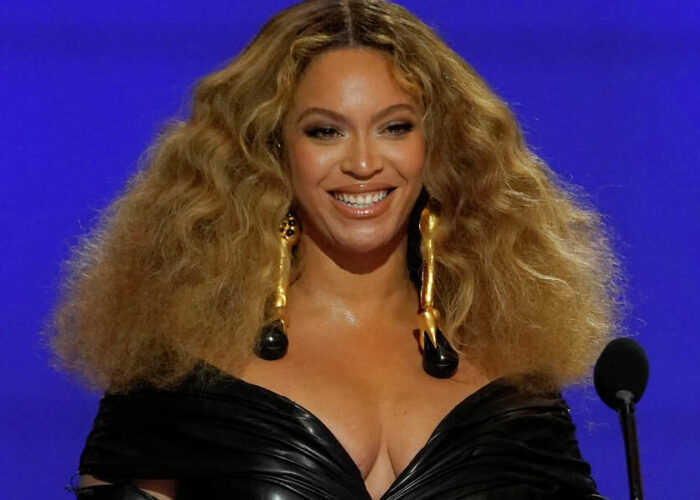 Beyonce appears at the 63rd Annual Grammy Awards in Los Angeles on March 14, 2021.

Even the marketing bumpers hint at something special: “A playlist as wide as the Lone Star State.” “Thank you for coming as fast as you could.” If only “Don’t Mess With Texas” wasn’t protected by that pesky trademark issue.

Welcome to Texas Music Experience, a streaming station that streams Texas artists 24/7, regardless of genre or era. Available on any computer or smartphone via the eye-catching tmx.fm URL, the site is a highly entertaining tutorial on the true breadth of the Texas music landscape. Imagine Freddy King in St. Vincent in Chamillionaire; or Spoon in Gene Autry in Kenny and the Kasuals; or Albert Collins in The Black Angels in Nelly. (Yes, Nelly.) At TMX, it’s routine.

“There are so many diverse voices and influences just within our borders, it’s amazing we have enough to create a 24/7 music service,” says Matt Reilly, Director of Austin’s KUTX-FM program, which hosts and operates TMX.

“I don’t imagine you would be able to do that with really many other states,” he adds. “Maybe California, maybe New York, but you don’t hear about the Indiana musical experience. There are great artists in every state of the union, but not enough to sustain a super diverse music service like TMX.

Although indirectly, TMX grew out of the deep mediocrity of Houston’s radio scene. Growing up in Memorial, Reilly found himself frustrated with its lack of variety, even though the 80s were arguably as good as they ever were (at least for commercial radio). It certainly hasn’t improved.

“I remember when the Top 40 was Prince, Van Halen, [and] Bruce Springsteen all at the same time, and Kool and the Gang or Michael Jackson or whatever,” he says. “There were some brilliant flashes on the radio in Houston, but it was never sustained. I could never get more than an hour of really, for me, what I thought was great radio at a time. I really wanted to get into radio, and I just wanted to do better.

KUTX, the music-only twin of the capital’s longtime public radio KUT, is everything commercial Houston radio isn’t: curious, carefully curated, intensely community-focused. For a few years now, he’s hosted a stream made up entirely of Austin artists on one of his HD channels; this station plays over the Austin airport sound system, welcoming travelers to the live music capital of the world with a dose of one if its major exports.

After the KUTX engineer told him bandwidth was available, Reilly came up with the idea of ​​creating another HD channel using only Texas artists; TMX signed last May. Its online nature and advertiser-free format make it easy to assume that these songs are randomly spit out by a computer, but in this case, an actual human being is behind it: longtime Austin radio personality Susan Castle, Reilly’s colleague at KUTX.

“That was my kind of marching order for her,” Reilly says. “Let’s say it’s playing in a restaurant and a family of four come in and sit down and it’s playing and they hear it: in a set of four songs, both parents, both children; if you have grandma with you, grandpa, they will also hear something. [We’re] trying to reach everyone and just trying to keep it as diverse, stylistically, as possible.

There’s a strange cohesion to its diversity: spend a few hours listening, and patterns begin to emerge. One is the number of artists that many might be surprised to have Texas ties to: Elliot Smith spent part of his childhood in Dallas; Khruangbin is from Space City, not outer space; Nelly, so closely identified with St. Louis, was born in Austin. Another is the number of artists who have reached the top of their respective genres: Ornette Coleman, Sly & the Family Stone, Janis Joplin, Miranda Lambert, Buddy Holly, Beyoncé, George Strait, Lizzo, Selena and so many more.

It’s still very early in the game, but – understandably – TMX feels like it can get a lot bigger. Reilly recently sought feedback from esteemed Texas musicians such as Asleep at the Wheel’s Ray Benson and Adrian Quesada of the Black Pumas, asking them what else was missing, and is exploring possible promotional ties with the Texas Music Office. He can imagine the station playing over the speakers at AT&T Stadium or Minute Maid Park, or maybe the ultimate TMX team.

“If you go to HEB, everything is Texas brand, right down to the tortilla chips,” he says. “But the music is not. It’s the only thing that isn’t.

Chris Gray is a Galveston-based writer.