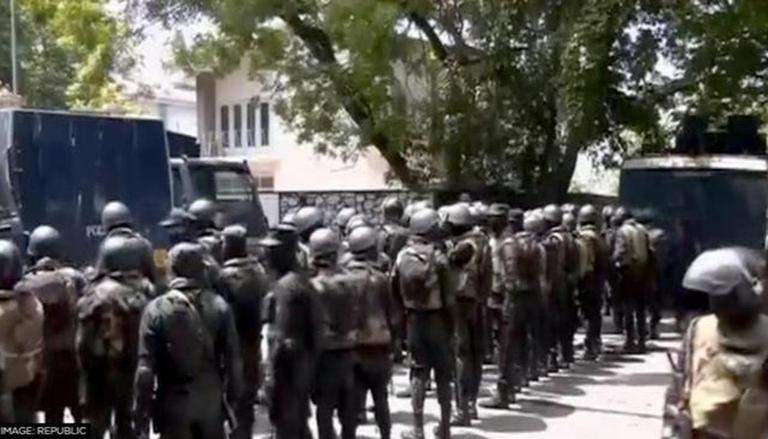 Amid the deteriorating situation in the country, the Sri Lankan military took control of state television and radio on Wednesday, July 13. Republic Media Network has also learned that national television broadcasting has also been suspended in the country after protesters stormed the state television station. Rupavahini. Meanwhile, the Sri Lankan Army and Air Force are patrolling the streets and the skies respectively. It comes after a national emergency was imposed as fresh protests erupted on July 13.

Earlier in the day, former Sri Lankan Prime Minister Ranil Wickremesinghe was sworn in as the country’s interim president. After being sworn in, he pointed out that he had given powers to a committee consisting of the Chief of the Defense Staff, the Chief of Police and the Commanders of the Armed Forces to maintain law and order and bring the situation back to normal in the country. Notably, Wickremesinghe will be the interim president until July 20, when parliament is due to elect a new president of the country.

It is worth mentioning here that the Sri Lankan government is struggling to meet the basic needs of its population of 22 million citizens amid an unprecedented economic crisis. The island nation is also currently facing a currency deficit, which has led to shortages of food, fuel, electricity and gas, and has sought economic aid from friendly countries. Earlier on July 9, large numbers of protesters stormed the President’s official residence. At least 45 people, including members of the security forces, were injured in clashes between security forces and protesters.