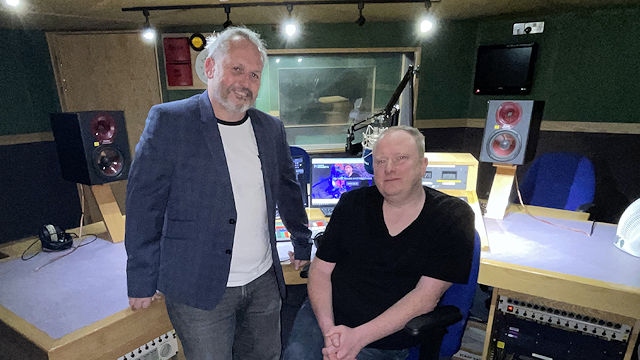 Ofcom has given the green light to more than 20 new digital radio stations in Rochdale.

The new stations will be part of the Oldham and Rochdale multiplex – an innovation that allows multiple stations to broadcast on the same frequency.

Local operator, Credible Focus Ltd, beat competition from other bidders to secure the licence, which covers Rochdale, Oldham and part of Tameside.

Credible Focus is a joint venture between the former owners of Revolution 96.2, Credible Media, and the operators of Bradford-based Sunrise Radio.

Ofcom – which regulates television, radio and mobile communications in the UK – is rolling out small-scale digital radio (ssDAB) across the UK, to increase access to the airwaves and increase the range of radio stations for listeners.

Last month the regulator awarded a number of licenses in the North West, including Bolton, Stockport and Wigan – as well as Oldham and Rochdale.

Credible Media chief executive Matt Ramsbottom said local ownership of the multiplex was a big plus.

“We have been involved in local radio for several years and were determined to work collaboratively with other local broadcasters and industry experts to increase listener choice in the borough.

“The application process with Ofcom has been particularly difficult, and our local and professional experience is now supported by the regulator.”

Kevin Bailey, Director of Content at Credible Focus, says this is a chance for smaller broadcasters to access digital radio: “Throughout the process we have worked with smaller stations in Oldham and Rochdale, to ensure that access to the digital platform is simple and affordable. .

“The multiplex is expected to increase radio reach for listeners across cities, including national and local broadcasters. There will be a range of formats, from mainstream to specialist stations, ensuring there is something for everyone.

Among the services available on the multiplex is ‘Mom’s Spaghetti’, already operated by Credible Media in Manchester and online. Sunrise Radio will also be available on the new platform, along with a variety of independent dance and guitar based stations.

David Murphy, President of Roch Valley Radio, said: “This is great news not only for Roch Valley Radio, but for all the other stations in the North West who can now reach more of their communities with technology in their cars and their homes via DAB.

“We would like to thank everyone who has supported Roch Valley Radio over the past few years and more recently who have worked with our partners and friends to make DAB a reality for us.”

Three transmitters will be turned on to provide the services, and the stations are expected to be on the air in early 2023.

Nearly sixty percent of radio listening is now on digital platforms, with plans to shut down AM and FM services within the next ten years.