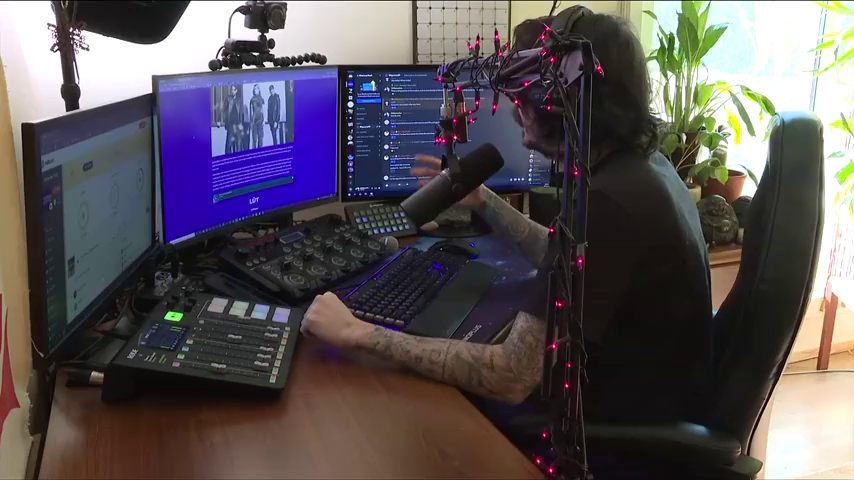 Jon Williams’ voice is familiar to thousands of Islanders.

The former 91.3 The Zone host quit local FM airwaves in August 2020 and while listeners will miss Williams, it’s a decision he doesn’t regret.

“I love this community tenfold, but I personally felt like I was just checking in and out and following a similar pattern,” Williams says.

“I really wanted to dive even deeper into my passions to see how good they could get, how big I could grow.”

The result of exploring his passions was What Was That Radio, Williams’ own online station spotlighting local musicians and helping those with mental health issues.

“There’s almost 5,000 unique bands, yeah, there’s also a lot of focus on local musicians and it’s just about being in the moment and moving forward,” says Williams.

Nearly two years on the air, Williams is giving back to budding artists with the What Was That Arts Academy.

Applicants simply complete a form on the What Was That Radio website detailing what they hope to learn or achieve, with Williams choosing the recipients.

“If I contact you very simply, you’ll get at least six hours of paid Zoom lessons . . . so hopefully you’ll maintain that bond with the teacher,” Williams says.

This is a project to help both students and instructors.

“As he tries to help people seeking education, he also helps people he has built these relationships with over the past 10 years,” says Renn Madeleine Bibeau, vocal coach at the academy.

“It’s exactly how I got started doing magic, I had such a great community around me of certain magicians in this town,” says academy magic instructor Jason Verners.

“So now to be in the position now that I can maybe do that for a young kid coming in, I think that’s pretty cool.”

To learn more about the academy or to apply, visit the What Was That Radio website.

A new online radio has been created in Accra – News