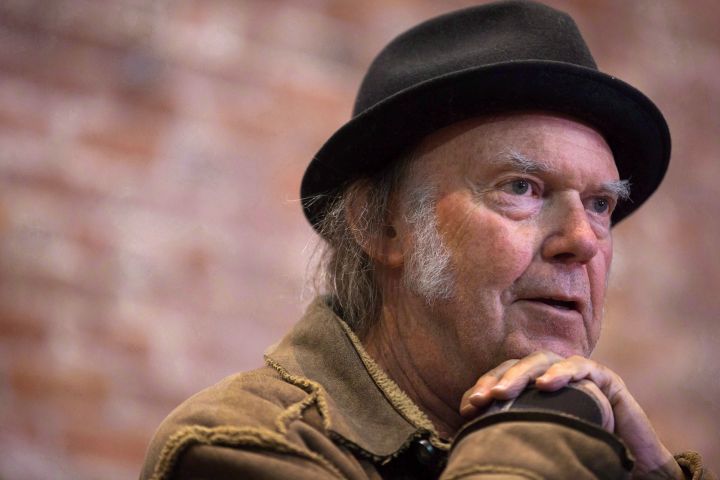 Neil Young is teaming up with SiriusXM to launch his own radio channel for a limited time.

“Neil Young Radio” is personally curated by the artist with not only music from the Rock Hall of Fame inductee, but his inspirations as well.

Listeners can hear works from his early inspirations from Buffalo Springfield, Crosby, Stills & Nash and Promise of the Real to his collaborations with artist Crazy Horse.

The channel also features commentary from Young with insight into his songwriting and personal industry stories – including the making of his new album. barn.

“Sharing these stories with SiriusXM will be a lot of fun,” Young said. “We had such a great time in the barn.

An exclusive interview between the singer and SiriusXM host David Fricke “Becoming with Neil Young” is also scheduled for the channel.

“Neil Young Radio” is now available on the SiriusXM app until January 5 and available via satellite until December 13.

The radio show may be one of the few ways to hear the artist live right now, as Young has previously shared he doesn’t feel comfortable touring at the moment.

The singer spoke to rolling stone about the presidential election and performing during a pandemic.

Concerts are scheduled again, with vaccine passports and negative COVID-19 tests required at the door. But Young doesn’t know when he’ll be back on the road.

“I don’t know. I’m not ready. I haven’t seen anything that makes me want to continue,” he explained. “If you have people getting tested at the door and you have to have proof of vaccination to get into the building and new viruses come in.. what are we talking about why don’t we stop trying to do all this shit and drop it till it’s all clear and under control? It’s not under control.”

The artist theorized that this is a cultural issue and that people are trying to get back to normal too quickly.

“We’re so used to getting everything we want when we want it. It’s a service and fun industry and a way of life,” Young said. “In my opinion, we have to step back and try to unite and do something together as a race of people. All of us, the human race. We just need to come together.

At this time, the 76-year-old singer simply does not see himself going out to perform.

READ MORE: Neil Young withdraws from 2021 farm aid amid coronavirus pandemic: ‘My soul tells me it would be a mistake to risk someone dying’

“So come out and play… I can’t imagine a picture of me on TV or anything moving with the band and a big crowd and everything, it’s all wrong. This is not the right time for that. We don’t know where we are or what we are doing. Many people can go home and make their children sick. It’s not good yet.

Young then discussed his first vote in the 2020 presidential election as a US citizen.

“It was great to vote for Joe Biden because he’s someone you can respect as a human being. [who’s] good for the country… So I appreciated being able to vote for him.

But not everyone was so happy with his decision.

“Strangely, I was driving down the road the other day in my bus, a city. And we pulled over and a little black car came out in front of us,” he recalled. “And there was ‘F**k Biden and f**k everyone who voted for him!’ written on it on the rear window. Such a terrible atmosphere.

The singer again emphasized his belief in humanity coming together.

“The idea is to try to respect other people’s opinions, I think. And even if you don’t agree with them, they are Americans… It’s not positive. Nothing good could come of it. »

barn is slated for release on December 10.

A short film of the same name directed by Young’s wife, Daryl Hannah, will be released separately.