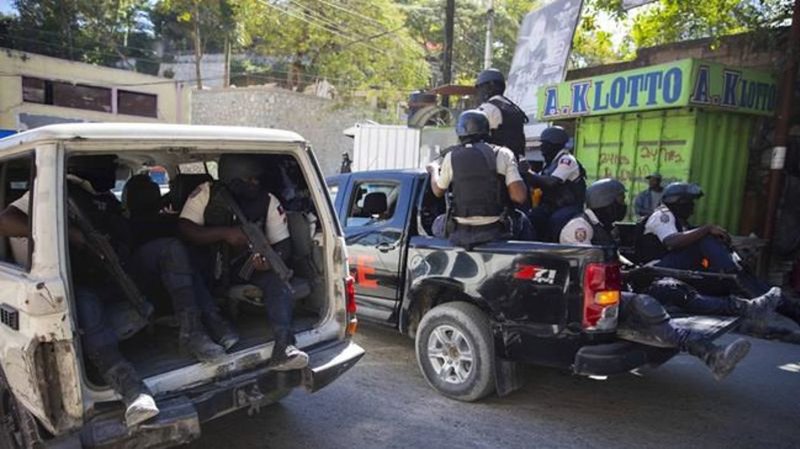 Montreal online radio journalist killed on the job in Haiti

“There are stories that a lot of people wish they could do, but others can’t,” Attis said. “He’s always done them, going to tough neighborhoods, dangerous neighborhoods, talking to gangs…He’s done that really well.”

Attis said that while Radio Listen FM’s headquarters are in Montreal, it has a studio and six employees in Haiti. He condemned the killings, which he said constituted an attack not only on the right to life, but also on the ability of journalists to freely carry out their work in the country.

“We demand justice from the Haitian authorities, we demand real justice,” he said. “Faced with this growing climate of insecurity, crime and impunity, which continues to plunge Haitian families into mourning, we ask the authorities concerned to take their responsibilities in order to create favorable security conditions for all.

The attack was also condemned by media advocacy group Reporters Without Borders, which identified the other slain journalist as Wilguens Louissaint. In a message on Twitter, the group said it “calls on the Haitian authorities to shed full light on this attack and bring those responsible to justice. The working conditions of the press in Haiti have continued to deteriorate these last years.

Haitian Prime Minister Ariel Henry has pledged to crack down on gangs that authorities blame for increased kidnappings and blockades at gas distribution terminals that have caused severe fuel shortages in recent months. The insecurity prompted the United States and Canada to urge their citizens to leave Haiti.

Just days ago, Henry was forced to flee the northern city of Gonaïves following a shootout between his security guards and an armed group who had warned him not to set foot in the city.

The assassination of President Jovenel Moïse on July 7 has left a power vacuum that has fueled violence and a growing humanitarian crisis in the impoverished Caribbean nation.

This report from The Canadian Press was first published on January 7, 2022.

– With files from the Associated Press.

This story was produced with financial assistance from Facebook and the Canadian Press News Fellowship.