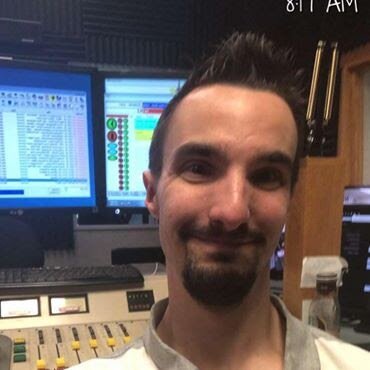 Broadcasting has been something John Graham has been passionate about since he was in high school. As a student who grew up with autism in northeast Indiana, he found that radio helped him connect with people outside of his comfort zone.

So, as the 2011 Autism Society of Indiana Award winner, Graham came up with the idea of â€‹â€‹making a positive impact on the Fort Wayne community – and the world – by making his dream of an online radio station come true. .

He founded the non-profit association, Radio for a Cause, to empower people with disabilities by teaching them about media, starting with broadcasting. In addition to his own projects, Graham also works as a producer with ESPN and WOWO in Fort Wayne. He uses his expertise to help others determine the skills they have and / or need to acquire. Then volunteers follow Graham on the air and he helps them create their own radio shows based on their favorite music or topics they find fascinating.

Graham says his volunteers typically take about six weeks of training before they feel confident to broadcast on their own.

Building on the success of Radio with a Cause, Graham decided to launch Spectrum 23.9 to present their work. Spectrum 23.9 is the first online radio station to bring people with the autism spectrum on air. The name comes from an online competition run by Radio for a Cause across the country.

While the station has a handful of listeners so far, its numbers keep growing and building a global movement.
â€œIt’s not uncommon these days if we see a listener from Germany, South Africa, or even California who has been listening for 12 straight hours,â€ Graham said.

And the support of the community of Fort Wayne makes this movement possible.

Spectrum 23.9 was able to launch in September 2018 with the help of its unaffiliated event coordinator Jordain King, as well as support from Sweetwater, Partners in Autism and the YMCA of Greater Fort Wayne. Sweetwater owners Chuck and Lisa Surack donated much of the equipment used by the Spectrum 23.9 team today.

Currently heard on the air, you can listen to favorites like “Jake’s Picks” with Spectrum 23.9 sports reporter Jacob Bradtmueller. Bradtmueller is a former student of the Woodlan Warriors in Allen County. The Spectrum team also hosts community building events, like attending Trans-Siberian Orchestra concerts, Tincaps games, movie nights, or pizza nights together.

Even after COVID-19 hit Fort Wayne, Graham’s team was able to use their nationwide network to continue to innovate. He invited Kayden Gordon from Massachusetts to co-host the Spectrum show, “The Sunday Remix 2.0”. Gordon also hosts his own two-hour country music show called “The Kayden Gordon Show,” which also airs on Spectrum 23.9 on Monday, Thursday and Saturday nights.

Together, Gordon and Graham are now launching Radio for a Cause’s radio training program for minors, which helps people under the age of 18 learn to become radio DJs. They started this program by working with a few students from all over the world. Now Gordon hopes to work with students at his high school in Winchendon, Massachusetts. The school guidance counselor helped him get a few students together to start the program over the summer. (If anyone is interested, they can register on the Radio for a Cause website.)

Looking to the future, Graham recently launched a 10-year GoFundMe campaign on May 27 to raise $ 550,000. He wants to buy a commercial building in Fort Wayne to anchor Radio for a Cause in the community and create paid jobs for people with disabilities. Ultimately, his team would even like to transport their workers to and from their homes.
Hear for yourself what this global movement is all about by tapping into Spectrum 23.9 today.

Spectrum 23.9 can be heard on their website at thespectrum239.com or by downloading The Spectrum 23.9 app from Google Play or the Apple Store. Spectrum 23.9 is also available on Facebook and Instagram.