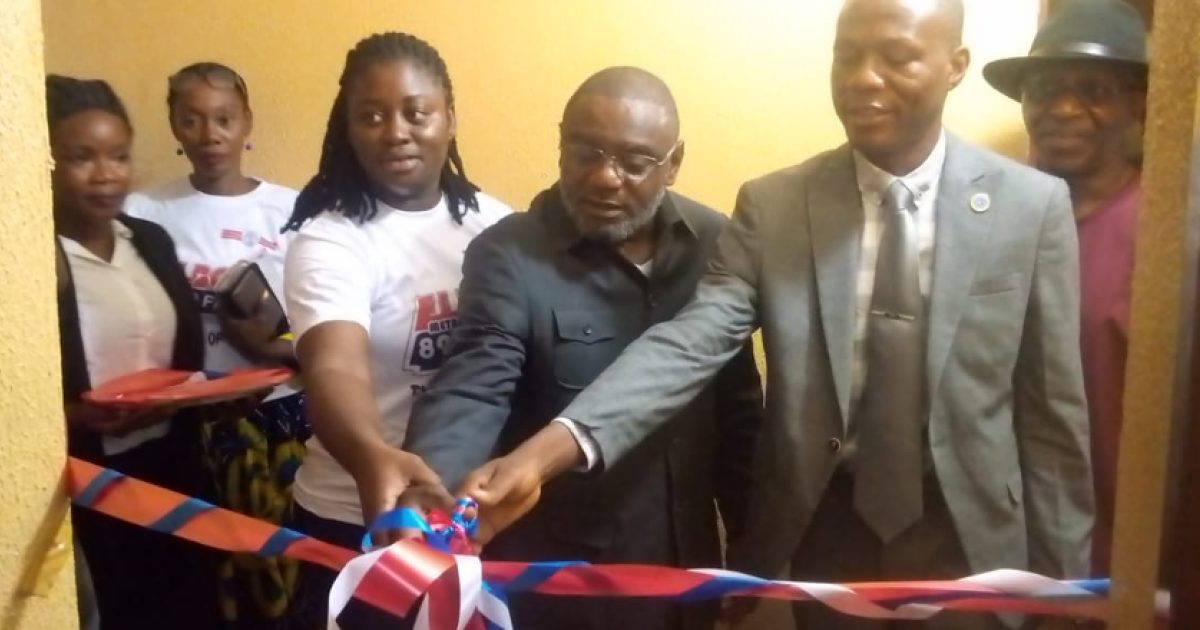 Branding is part of LBS’ five-year strategic plan, which was dedicated to the station with the support of the People’s Republic of China. ELBC Metro station 89.9 FM is housed in the former main ELBC radio broadcast studio, which has been renovated into a contemporary facility.

“Today’s dedication was made possible by President George M. Weah’s support and interest in prioritizing LBS, as well as his longstanding bilateral relationship with the People’s Republic of China. Accordingly, today is a celebration of the convergence of the value of national ownership and initiative that you have sought in our bilateral cooperation, as well as a new kind of experimentation in our national development,” said added DG LBS.

According to Ms. Liberty-Kemoh, this would allow LBS management to expand its services by working with the Ministry of Education (MOE) to launch an educational television channel called “Teach by Radio and Television“, as well as a exclusive sports channel LNTV. and other areas of interest.

Madame Liberty-Kemoh said Metro 89.9FM will support LBS management in expanding its services by providing unique radio entertainment and working with the Ministry of Education (MOE) to develop “Teach by Radio and Television”, an educational radio and television program. .

She also called for collaboration with the Ministry of Posts and Telecommunications and the National Steering Committee for Broadcasting and Liberia’s Digital Migration Policy Statement.

According to her, the government must mobilize and commit resources to the management of the LBS, either through a public-private partnership or directly, so that her institution provides strategic direction for Liberia’s migration process.

“We would like to commend the generous intervention of President Weah for the rapid rehabilitation and improvement of the two rusting and abandoned live television recording facilities which have been ignored for over 30 years,” she said.

Meanwhile, Information Minister Rennie praised the LBS chief executive for acting admirably as the agency’s successor. Minister Rennie also took the opportunity to urge the Liberian media to be more thorough in their reporting as Liberia relies on them to bring about needed reforms.

Chinese Ambassador Ren Yisheng spoke briefly on the occasion, reaffirming the support of the Chinese government and people to Liberia through infrastructure development and promising to do more to LBS to ensure better quality.

LBS is a conglomerate of several broadcast media platforms, including ELBC Radio, Online and Social Media, Rural Substations, LNTV, Metro FM, CGTM, China, Radio France International and BBC World Service, and others should come to the screen. in the near future as the entity expands into digital broadcasting.