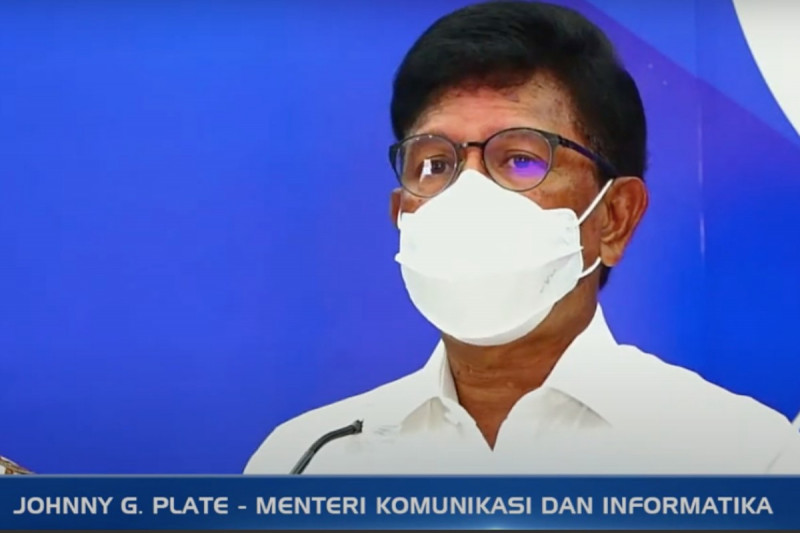 The Kominfo Ministry continues to disseminate the logistics of licenses and organize a program to improve the capacity of human resources in broadcasting by inviting practitioners and experts in the field of broadcasting.

Jakarta (ANTARA) – The Ministry of Communication and Informatics (Kominfo) is working to strengthen the skills of human resources in the field of broadcasting in order to remain relevant in the digital age.

“The ministry continues to disseminate the logistics of licenses and organize a program to improve the capacity of human resources in broadcasting by inviting practitioners and experts in the field of broadcasting,” said Minister of Kominfo Johnny G Plate to ANTARA, quoted Thursday.

Plate pointed out that some of the programs organized to develop human resource skills included training in scriptwriting and editing.

In addition, Kominfo, together with the broadcasters, had continued to coordinate to design a radio concept with the digital broadcasting system.

The efforts included the broadcast of various programs via the digital platform, such as podcasts, apps and live streaming, despite being broadcast over analog radio.

â€œGoing forward, the radio industry must be prepared for digital disruption and global competition,â€ Plate said.

Related News: Audiences Will Benefit From Switching To Digital Broadcasting

As a regulator, Kominfo also remains committed to maintaining the existence of the radio through several stages, such as streamlining the radio broadcast authorization process (IPP).

In addition, the ministry is extending the PPI payment deadline and adjusting the radio PPI expiration date.

Kominfo also works to maintain order in the radio industry, including taking action against illegal or unlicensed radio stations, as well as providing advice to broadcasters through the online channel and by telephone.

“In the future, the government, along with relevant stakeholders, will continue to advance the policy to encourage and increase the growth opportunities of the radio industry through the creativity of radio enthusiasts in Indonesia.” , he said.

Related news: Digitization of the press, dissemination is set to materialize soon: Amin