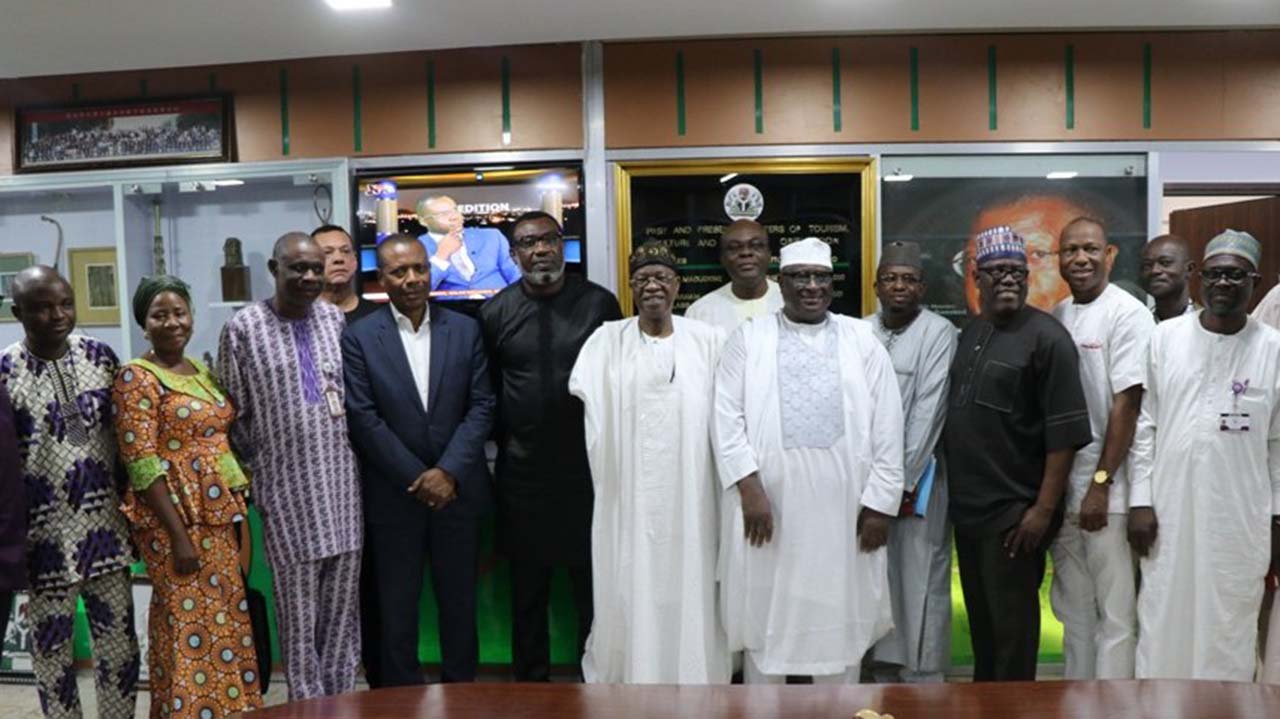 As part of the broadcasting industry reforms, President Muhammadu Buhari approved the licensing of online radio and television stations in Nigeria.

The Minister of Information and Culture, Alhaji Lai Mohammed, revealed it yesterday in Abuja during a courtesy visit made to him by members of the Broadcasting Organizations of Nigeria (BON). According to the minister, the president approved that WebTV and radio stations, including foreign broadcasters broadcasting signals to Nigeria, be allowed to bring sanity to the industry.

â€œI just want to take this opportunity to let you know that the President has already approved a review of the Broadcasting Code which will address many of the issues you have already raised here. I have said it on many platforms that this administration is not going to gag the press. No! But we will call on the media to self-regulate for the good of this country and also for the good of the industry itself. “

The minister promised to support the BON members in revising the broadcasting code and expressed the current administration’s commitment to media freedom.

Alhaji Mohammed also called on the BON to partner with the government to promote peaceful coexistence and cohesion to bring about national progress and development.

â€œToday, if someone listens to what is being said on certain radio or television stations, you will think that this country is at war or that Christians indeed cannot live with Muslims or that there is a dichotomy between North and South. I think we have to ask you to use your platforms for the unity and cohesion of the country, â€he said.

In his response, BON Acting Chairman Sir Godfrey Ohuabunwa said the Minister’s reappointment was very deserving as he brought life and great innovation to the broadcasting industry during the first term of the l ‘administration.

Responding to the planned licensing of online television and radio platforms, Luxury Reporters editor Funke Osae-Brown said the move could be another ploy to muzzle the media.

â€œThey shouldn’t be trying to muzzle the media with all these regulations. It won’t work because technology has advanced beyond that; they should give the media a free hand to act. People consume different content online; not all news content has general appeal. In fact, entertainment platforms sell more than online hardcore news TV or radio stations. All of the so-called regulations are subtle attempts to strangle the media. “

For media professional Prince Adeyemi Aseperi, there is no way for the federal government to license online TV and radio stations.

â€œIt’s an old way of thinking! There are over 500 community radio license applications with NBC; they should approve them and create more jobs. Do they have the resources or the technology to block online radio or TV stations broadcasting from outside Nigeria? The government should support community television and radio stations that wish to promote non-profit businesses. “

However, describing the move as a welcome development, public affairs analyst Prince Francis Chilaka said: â€œIt shows that the government, in its next level agenda, is ready and willing to listen to aspirations and aspirations. Nigerians. It is also a testament to the fact that the government does not aim to suppress the press, as we have been made to understand in the recent past. Measures like this are an indicator for opening up opportunities for foreign and local investment, job creation and empowerment. I hope that such a gesture will be extended to other sectors of the economy.

â€œWell, it’s finally happened; the online space needs to be sanitized and regulated. The main cause of the security problem and the anger we have in the country today is the explosion of uncensored online content. This will help to cope with the charlatans, who only create unhealthy broadcasting content on the internet. Radio Biafra and these inflammatory webcasting sites have heightened hatred and division in Nigeria over the past four years.

Seasoned journalists Femi Akintunde-Johnson, who also responded to the development, said: â€œI support any reasonable degree of regulation in any area of â€‹â€‹the public communications enterprise; these can be self-regulatory, guild-led, institutional, etc. regulatory structures.

Nigeria realized the need for some form of license for the use of online radio and television, five years after the start of South Africa, I think.

He continued, â€œIt is not clear, however, that our government plans to use the same lens with which it deals with terrestrial broadcasting to moderate online broadcasting activities; it will be both regressive and accusatory. This will push online entrepreneurs in this line of work to the fringes, encouraging guerrilla tactics and such a mindset of beating the oppressive system, which will find great appeal with the mass of disgruntled Nigerians around the world. The government will not only become unpopular, but will have to invest heavily in jamming and monitoring devices and manpower. ”

He added, however, â€œI suspect that the licensing will encourage the possibility for music and visual rights holders to collect royalties through CMOs, from online broadcasters. It is worth reiterating to the government that this is not a cash cow or an opportunity to beat vocal voices in a favorite line; it will backfire dramatically.

Anambra Broadcasting Service (ABS) Managing Director / CEO Chief Uche Nworah believes the plan is in order for the regulator and federal government to update the broadcasting code to meet current needs and practices.

â€œHowever, it is expected that such a review will be done in consultation with practitioners. I am not aware that such a roundtable between the BON and the regulator (NBC) took place. The broadcasting industry, like any other industry, has seen a lot of disruption, this will continue, so the licensing plan for online radio and TV stations is in order.

On the importance of regulation in the media industry, Nworah explains, â€œPart of the challenge is that some people have implemented online radio and TV and some of them have gone a little too far with it. extremist content, which sometimes undermines national security leading to the painting of everyone black in the industry. Again, we’ll see how the new licensing regime affects existing broadcasters, which in line with global trends have extended their content to their own online platforms. For example, we broadcast all our content (radio and TV) live through our website absradiotv.com and on our Youtube channel (ABSTelevisionAwka), does that mean that we will need licenses for these our online platforms? We’ll see, “he said.

The director of the International Press Center, Lanre Arogundade, said the move was a welcome development, because â€œany effort by the federal government to broaden the country’s media landscape means that citizens have access to the plurality of information from all over the world. the sources. However, this is not to say that the process of issuing a broadcasting license should not be reformed as one of the challenges we have is that under the current law it is the president who has the final authority in issuing the license despite the existence of NBC.

He urged the federal government to issue licenses on the basis of merit and not be subject to undue partisan considerations.

Deputy Director, Public Affairs, National Broadcasting Commission, Ekanem Antia, applauded Lai Mohammed, saying Nigeria is not the first country to introduce the licensing system. “It’s not to gag the public but it will bring some sanity to the system,” he said.