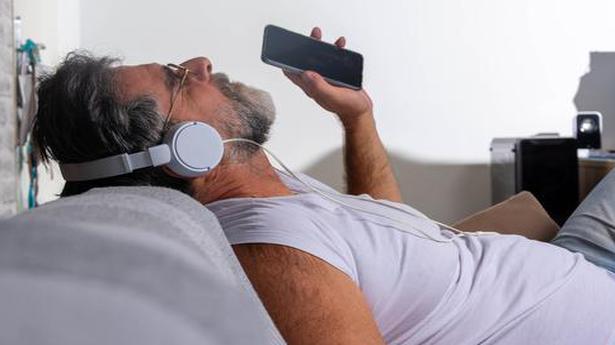 Whether you are planning a live shoot or just a live jam session, the rise of walk-in audio social spaces such as Clubhouse and Twitter Spaces across India is taking us back to the era of community radio.

Whether you are planning a live shoot or just a live jam session, the rise of walk-in audio social spaces such as Clubhouse and Twitter Spaces across India is taking us back to the era of community radio.

Every night, Tamil Twitter users briefly interrupt work from domestic pressures and COVID-19 updates, then sing along. No judge says, “Your pitch has to be better.” All they get in return are 100 point hearts and emoticons.

Spaces has allowed Twitterati to discuss a lot of things, but music is definitely what’s winning hearts right now. Over the past few weeks, spaces dedicated to composers Ilaiyaraaja, AR Rahman, Harris Jayaraj and Deva have attracted many users. “It never goes wrong with music. It’s not like a debate where you pick a side. Here you can just be yourself and relax,” says Sindhu Ganesh (@sinofagan), a Chennai-based brand development manager who has hosted three Spaces sessions so far.

The fact that it’s audio-only makes it a winner, Sindhu says. “Listening to Ilaiyaraaja’s music on the radio at night and falling asleep was my thing. I wanted to recreate that atmosphere,” adds Sindhu, who is also planning sessions featuring the musical works of Karthik Raja and Kamal Haasan.

But Twitter Spaces isn’t the pioneer of walk-in audio platforms — Clubhouse is. In Los Angeles, comedian-filmmaker Kiran Deol (
Sunny side up ) calls these formats “socially acceptable means of listening”. She remembers her recent participation in a Clubhouse Room.

On May 1, she was invited by actor Fizaa Dosani (
Dear Whites ) to a first (non-network affiliated) creative pilot of “Facial Recognition Comedy” which drew approximately 650 people. Here, the actors created skits around stereotypes of Indian appearances and how they relate to facial recognition technology.

Walk-in audio platform Clubhouse, launched by Alpha Exploration Co in March 2020, has seen an influx of people as “screen fatigue” has increased.

The platform offers different interest-based clubs to follow, such as “Startup Club” which has over 4.79,000 members or “What Are You Reading” which has over 90,900 members. Each of these joined clubs will set up rooms (audio chat rooms) that will host informal fireside chats, panel discussions or performances. You can even create your own club or your own room.

Clubhouse has attracted tech circles, motivational speakers and influencers, but it’s opened avenues for filmmakers and comedians, Deol agrees. She explains, “Comedy, especially with the pandemic, has been able to connect people and these audio platforms can have so many people in their spaces. If you think about it in real time, 700 people is a huge theater.

Unfortunately, much to the dismay of many, this was an iOS-only experience with an invite-only “pay-it-forward” model where one can only join the free platform if an existing user sends an invitation. However, after months of anticipation, Clubhouse also opened up to Android users globally last week, broadening the audience reach for such projects, and “Facial Recognition Comedy” wanted to include Android creators as well.

Why is Clubhouse still appealing? Deol responds, “Because it’s a relatively young platform, the algorithms aren’t as organized as Twitter or Facebook (who have or are working to launch their own Clubhouse-like platforms). I like being in control of what I explore and knowing that I’m not confined to my path.

Screenshot of the clubhouse from ‘Facial Recognition Comedy’

However, Twitter Spaces has always drawn a crowd, despite the expected organized nature. It should be noted that Twitter, as a pre-existing platform, does not need to aggregate new users like Clubhouse does.

A good moderator for audio-only spaces, regardless of platform, is essential. Deol points out that a good moderator is one who periodically reintroduces the premise of what’s happening so that for the audience who just chimed in, it’s easy to get on the right track. She adds that walk-in audio platforms are also a creative challenge, as audience members only engage one sense in a fully immersive way – so the audio content had better be good.

Deol explains, “Moderated in the right way, it can create a level of intimacy that is hard to achieve. It’s the same quality you’re looking to achieve when you’re on stage as a comedian. Plus, in audio only people don’t have to look at an image of themselves, they can detach themselves into this conduit to a different world.With comedy, you have to leave room for laughter, so the pace of speech is different. It also largely depends on the engagement of your audience.

As Clubhouse gets the ball rolling on discussions of future projects and thinkers, Twitter Spaces has engaged elements of nostalgia.

Music lover and IT company executive, Ashwath Ram (@bultaulta), also hosted a hit session, called SPA, which was intended to be a musical rendition of the songs of Sean Roldan, Pradeep Kumar and Anirudh.

While the session saw over 500 people show up, the big surprise was when singer-songwriter Sean Roldan joined the session and had people hooked with a few songs, including an impromptu duet of his hit song ‘Adiye Azhage ‘ with a listener.

“It was a healthy platform for people to express their musicality,” says Sean. “Lately we’re used to seeing people sing in front of a camera. It cuts down on the mystery, which is one aspect that makes music beautiful,” says Sean who himself plans to host Spaces sessions soon and to connect with more music lovers.”Because it’s audio-only, it gives us a chance to savor the melody and music for what it is rather than relying on visual appeal.”

It’s the nature of the platform – hearing different voices in a short time – that works for Ashwath. “Before the pandemic, we used to go to many public places, like a bus stop, or a neighborhood store, where you hear so many people talking. Now, because we’re mostly indoors, we end up only listening to the voices of family members…and it’s a great place that takes you back to a time when you were surrounded by people “, he explains.

Ashwath, who plans to organize other music spaces in the future, explains: “We grew up trying to call ‘Pepsi Uma’ and FM stations asking them to play our favorite songs. This trend is an extension of that. Untrained singers also get instant validation for their efforts here.

As more Clubhouse-like apps arrive, Deol concludes that the experience, regardless of platform, is universal – “it’s always intimate, it’s always about feel-good entertainment “.