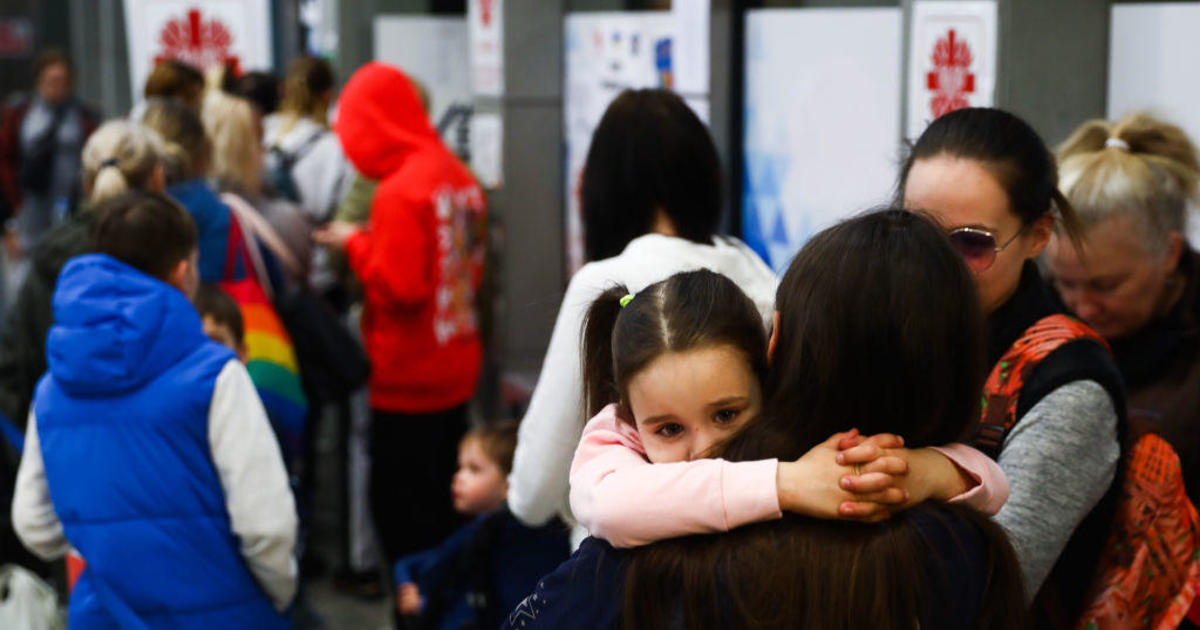 CHICAGO (SCS) — As the humanitarian crisis continues in Ukraine, millions of families are in desperate need of assistance. That’s why the Illinois Association of Broadcasters – and CBS – are coming together to support UNICEF’s efforts to help Ukrainian refugees.

“The need is enormous and ever-changing, as conflict changes all the time,” said UNICEF spokesman Toby Fricker. “The reality is that nobody wants to leave the house. So people stay as long as they can, because they want to be safe at home. They want to be home, and close to relatives, close to friends. But when the situation becomes too dangerous, especially for their children, then people have to move on, and that’s when we have to react too.”

Starting Monday, television and radio stations in Chicago and across Illinois are encouraging people to help Ukrainian refugees by donating to UNICEF USA at www.unicefusa.org/illinois.

Contributions can also be made by accessing a QR code that will be displayed during public service announcements and various news stories.

The Illinois Broadcasters Association and the Ukrainian Institute of Modern Art will also host a live fundraiser on April 13, from 5 a.m. to 11 p.m., featuring Ukrainian civic and cultural leaders who will offer their perspective on the crisis. in Ukraine and the future of the country.

UNICEF is also urgently working with national governments and other authorities in the region to put in place new measures to keep children safe, including strengthening child protection monitoring at border crossings.

“First of all, the children in Ukraine need peace. They need a ceasefire. They need the war to stop,” Fricker said.

In the meantime, UNICEF is helping to provide medical supplies to hospitals, as well as psychosocial and emotional support to children who have suffered the ravages of war in their home countries.

“I was in a hospital the other day in Lviv, in the basement, where they set up an intensive care unit for premature babies, and we were able to provide medical equipment, essential midwifery equipment, obstetrics and supplies to this hospital,” Fricker said.

In Kharkiv, a heavily bombed city in northern Ukraine, UNICEF has also been able to provide supplies to 29 metro stations that are being used as underground shelters, “so children can play a little underground , can get emotional support as well there, even though I live in that dark, damp place,” Fricker added.

UNICEF is also providing emergency water and supplies to parts of Ukraine and working with the Ukrainian Ministry of Education to provide e-learning.

“This is a child welfare crisis,” Fricker said. “It’s a massive crisis of trauma. Children who have lived through the horrors of having to take shelter underground. Mothers who have somehow tried to protect their children from the conflict in one way or another. .”

To learn more about UNICEF’s work in Ukraine, visit https://www.unicefusa.org/HelpUkraine.