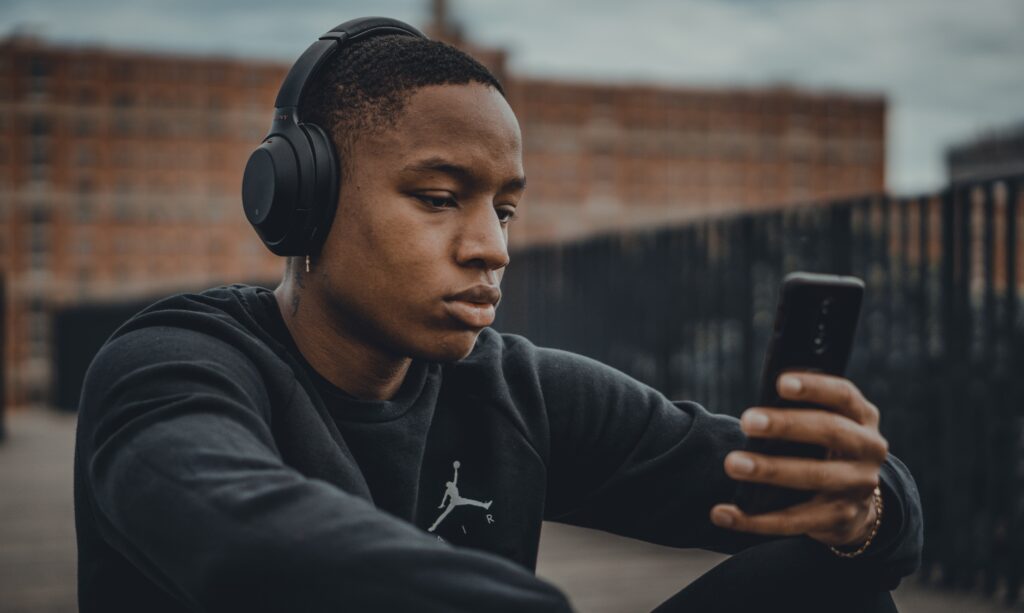 Over the years of building a radio site targeting radio stations and the music industry, I have seen podcasting, audiobooks, music streaming, and online voiceover portals explode and change. completely the broadcast industry. In this process, I was amazed to see several radio companies stand idly by as if it would not affect them.

The only company that I can honestly say has heard the train coming and getting off the rails by updating their brand and growing is iHeartMedia.

They changed their name to Clear Channel and rebranded it as a media company instead of a radio company.

And while the company is still in debt, it has a great online presence and brand, and the company does a great job of promoting everything it does.

In addition to the radio idle, I have also seen newspapers disappear and the cable industry lose its power over consumers.

Newspapers have adapted by taking everything primarily online and charging subscription rates. Rarely do you see more newspapers being delivered and if you sit down in your local cafe the only people reading the newspapers are usually baby boomers and older people.

Cable could have saved itself years ago by offering smaller packages of maybe 10 channels instead of 500 (overkill) channels that no one has time to watch.

Now hundreds of smaller digital apps and Netflix are doing what cable should have been first.

Newspapers, radio, and cable have virtually all been in the same group for many years, and all were a means of communicating with listeners, viewers, and readership.

What radio was and is

Radio was essentially the link between music, stars and listeners. DJs were the narrators or hosts who brought this music to listeners and along with black radio, community service programs and news were the strengths of radio stations. Fans would be excited when a star called or appeared on the morning shows of many radio stations.

Today, listeners have direct access to the stars via social media. Even to the point that they can have conversations with them without a radio intermediary via DMS. 20 years ago, even 10 years ago, it was unheard of. But that’s not allâ€¦

Black radio stations have been bombarded with syndicated shows like The Tom Joyner Morning Show and The Steve Harvey Morning show mainly. Today, several other morning shows are syndicated.

This process interrupted the cycle of a DJ rising through the ranks at a radio station. Usually he or she would start part time then they would work the dreaded cemetery shift then get either night or noon then get the coveted afternoon driving show then finally the morning shift.

Syndication has stopped this process. The morning show was the pinnacle of a jock’s success, but with syndicated shows blocking opportunities, many potential DJs lost interest in radio. Many potential radio game stars have left or been kicked out.

Radio DJs are usually one-ride ponies, so I wasn’t surprised to see many of them not getting into the booming, more financially beneficial technology just before them, like a Youtube channel. or a podcast. They wanted to be on air or nothing at all.

Now there is a shortage of DJs and the radio thinks they can attract people from the podcast industry to become DJs.

Although they may be lucky, these people would enter the industry without training but with leverage.

What is really sad about this is that they will make more money than the skilled sportsmen who have worked in the profession for many years because of their supporters and influence.

This is a very unfair, double-edged sword, as companies are extremely protective of their brands, so radio DJs have been subjected to strict rules as to what and how they can post on social media. they must represent the station.

On the other hand, influencers are chosen because of what they publish, which allows them to garner a lot of followers. This is basically what got them to gain followers and what kept the radio DJ fan base much lower.

Several radio program managers told us that they have a hard time finding DJs and that finding podcasters is the next step.

V103 in Atlanta tried it out with influencer and singer Jade Novah and it didn’t last very long. To be fair, they also hired JR from JR Sports Brief, who had racked up 80 million views as an inexperienced sports show on Youtube that he launched from his bedroom.

He ended up getting a syndicated show with Audacy and is based in Atlanta. He got his show syndicated in a short period of time and things worked for him.

Nikki Blades, a model with 260,000 followers is on air on 997 Now and she just joined The Bassment with Real 92.3 in Los Angeles. On the station’s website, she is described as Nikki Blades is a member of 99.7 NOW’s Morning Show, a podcast personality, entrepreneur, model and athlete with a strong social media presence. Commercial radio DJs are rarely described in this way.

There are others who have made the transition to radio as well, like Jason Lee at iHeartRadio. Lee had a hit Hollywood Unlocked video podcast before joining iHeart. It was presented by Charlamagne and now has a weekend show on many iHeart stations. But the point is, if radio stations are going to benefit, it will cost them a lot more financially to use social media influencers.

Commercial radio will survive but it will change too

The question is also whether influencers want to be on a leash by businesses when they make so much more money running their own social media channels than dealing directly with businesses and advertising agencies?

Radio likes to be in control of the money and in those cases it will all be gone and a smart influencer will make sure their contract allows them to continue operating as an independent entity.

Where does that leave today’s radio DJs?

Unfortunately, corporate radio stations have to make a choice between advertisers, syndication, influencers and DJs. I have to say that DJs, at least local DJs, are unlikely to thrive in this case.

Radio stations depend on a rating system called PPM (Portable People Meter) it is a company owned by Nielsen. Basically a sample of the population is given an alarm-like device to wear all day and it picks up the radio stations they listen to and that is how the stations are rated.

Why do radio stations broadcast the same songs so much?

PPM, that’s why they have to play the hits they want so that people listen and don’t switch to competing stations. This is how the radio earns money (advertising dollars) the higher the rank, the more it can charge.

It’s a complaint I’ve heard more times than I want to remember. The truth is, there is a ton of new music out there. Record companies produce it all the time.

Independent artists produce it all the time. And for a very long time, neither had an outlet, and then came streaming.

Below is a table of what people are looking for online when it comes to discovering new music. This graphic was created by Radio Facts via Ubersuggest.com

Listeners now have options where they no longer have to depend on the radio and no longer have to hear the same songs over and over again. They can create their own playlists and listen to their favorite songs however they want.

You would think it would be a signal for the radio to change the music playlists and add more songs. Unfortunately, it is not the case. And that’s understandable.

PPM still dominates the radio industry and if they want income they have to play familiar songs. So the radio is blocked.

What will happen to the radio?

Speaking to the contacts of record companies and other entities, radio is no longer the giant it once was, it is still important but instead of being THE outlet, it is now one of the outlets. . Some labels earn a million dollars a day from music streaming. Radio cannot compete with this and with more outlets and apps appearing online, the outlook is not good unless commercial radio adapts.

Make no mistake, radio companies do their best to prepare for the unknown. Like I said at the start, iHeart is a multimedia company that has bought out a very large percentage of the biggest podcast companies to have more to offer their advertisers in the form of content.

Radio One is working on owning a huge gambling casino in Richmond VA for which they have been roughly approved and Entercom recently changed its name to Audacy to also be more of a media company instead of just a radio.

Radio DJs are the only ones who are in a questionable position if they play the game and wait and see instead of looking for other ways to monetize or exploit what they are doing or have done.

Broadcasting and the Internet of Things