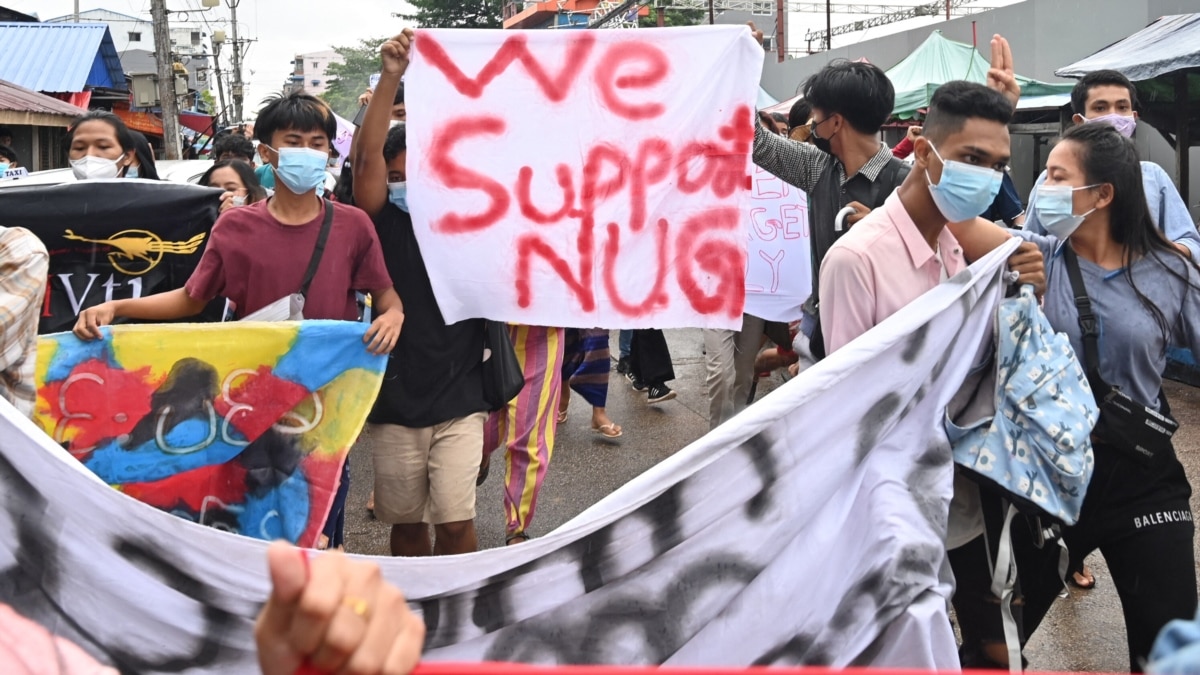 A Myanmar shadow government-backed radio station aired its first broadcasts as part of an effort to keep the country informed nearly seven months after the coup.

Radio NUG broadcasts for 30 minutes twice a day on a shortwave band that smaller transistor devices, including 10-band radios, can easily receive.

The station plans to cover the Government of National Unity (NUG); human rights violations allegedly perpetrated by the junta; and the Civil Disobedience Movement, a pro-democracy campaign that leads anti-coup protests across the country.

NUG is a shadow government made up of members of the fallen National League for Democracy, activists and other members of ethnic minorities. It was formed after the military claimed control in a February coup, overthrew democratically elected leaders, and arrested senior politicians.

The NUG does not officially run the radio station, but it does provide advice to the supporters who set up the station, according to Htin Linn Aung, NUG Minister of Communications, Information and Technology.

“We [the NUG] have to let them know what we are doing – how we are trying to restore democracy in Burma, â€Aung, who lives in the United States, told VOA. Burma is another name for Myanmar.

Prohibited from the start

Myanmar military leaders banned the station on the day it was first broadcast. The junta’s Information Ministry issued a statement in state media saying that those who work with or support Radio NUG “will see action taken against them in accordance with the law.”

Myanmar’s military has historically restricted press freedom. But since the overthrow of the civilian-led government in February, the military has targeted journalists, rights groups say.

Hundreds of thousands of civilians have protested against the return of military rule, and the junta has responded with what some human rights groups consider crimes against humanity.

On Friday, more than 1,000 people were killed by the junta and more than 5,900 were arrested or charged, according to the Thai Association for Assistance to Political Prisoners (Burma). Almost 100 of those detained are journalists.

Two other journalists were arrested on August 15, including Sithu Aung Myint, a freelance VOA contributor and columnist for the Frontier Myanmar news site.

Burmese VOA chief Than Lwin Htun said this week that arresting journalists for their work was “unfair”.

VOA “provides accurate and fair coverage,” Than Lwin Htun said. “We are not taking sides”

At a hearing on Monday, a court remanded Fenster on remand for two more weeks. Family members of the journalist say they have had limited contact with Fenster, who believes he contracted the coronavirus in prison.

The lack of information and the delays in the Fenster case are taking a heavy toll on his family members in Detroit, Michigan. The last contact they had was a phone call in early August.

The US State Department has said it is monitoring Fenster’s case. A spokesperson told VOA that the imprisonment of Fenster and other journalists and the military attacks on the media constitute an “unacceptable attack on free speech.”

His office directed VOA to a statement in July, when Levin said: “We are redoubling our efforts to secure his release as soon as possible for health reasons – as well as because he is completely innocent of any wrongdoing in his life. under Burmese law, and we believe the regime has concluded that they should let him go.

Radios would have been confiscated

Using the radio also means that the station can reach listeners even if the authorities cut off internet access.

“This could be the perfect way for the Burmese public to continue to receive free information,” CÃ©dric Alviani, director of the East Asia office of Reporters Without Borders, told VOA. “It’s a very traditional resistance environment.”

Some local news sites have reported an increase in the number of people purchasing radio receivers since the station’s launch. But at least one news site reported that the military confiscated radios after the channel was launched. VOA was unable to verify these reports.

The identities of the people who operate the channel are not publicly available for security reasons, and Aung said he feared those who worked with Radio NUG would face reprisals. He declined to say where the shows are coming from.

Still, both Alviani and Aung said the military response showed fear of a free press.

“The fact that the regime immediately tries to confiscate these radio receivers shows how much they fear the power of free information,” Alviani told VOA.

VOA Burma contributed to this report.