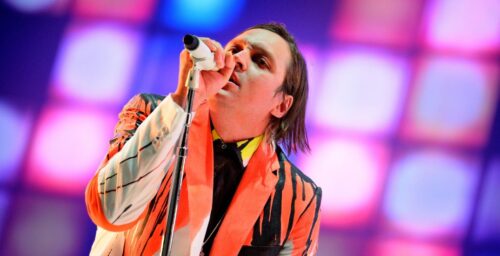 Indie88 and CBC Music have announced they are removing the Montreal indie rock band’s music from the airwaves amid sexual misconduct allegations against lead singer Win Butler.

Ian March, program director for Toronto radio station Indie88, confirmed to The Canadian Press that they made “a quick decision over the weekend to pull the band’s music.”

“In light of the recent allegations against Win Butler, CBC Music will pause on music from Arcade Fire until we know more about the situation,” the rep said.

“The Peak is suspending broadcasting on Arcade Fire at this time, pending further information,” the radio station told Daily Hive in an email.

A spokesperson for Rogers Communications also confirmed to Daily Hive that two of its alternative music stations in Edmonton and Vancouver have “paused” the airing of the band’s music and “will continue to monitor the situation as it unfolds.” that it will take place”.

Daily Hive reached out to Toronto alternative rock station The Edge, as well as Corus Entertainment and Bell Media. They have not yet responded to request for comment.

It contained allegations of sexual misconduct with three women and one person who identifies as gender fluid.

Accusers told Pitchfork that the alleged sexual misconduct interactions were inappropriate due to age gaps, unwanted advances and power dynamics, stemming from “various instances” between 2015 and 2020.

Arcade Fire is considered one of Canada’s most successful indie rock bands. The Grammy Award-winning group embark on a world tour in early September to promote their sixth album, We.

In March, Win’s brother Will (and founding band member) announced that he had left the band after more than 20 years with the band.

The only reasons he cited for leaving the band were that he and the band had changed “over the past almost 20 years” and it was “time for new things”.

With files from DH Montreal staff.