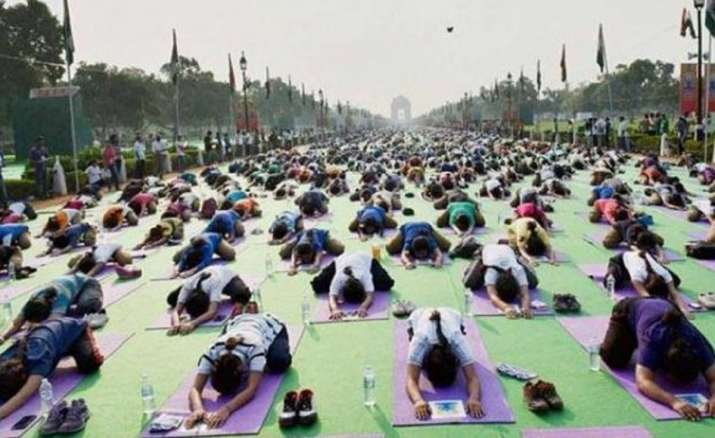 As this time International Yoga Day (IDY) 2022 falls on the Azadi Ka Amrit Mahotsav year, the Ministry of Information and Broadcasting has asked community radio stations across the country to continuously broadcast posts about it.

International Yoga Day is celebrated on June 21 every year.

In a published notice, the Ministry of Information and Broadcasting said that IDY-2022 falls on the year of Azadi Ka Amrit Mahotsav. This year, the IDY observation will focus on branding India with extensive promotions across borders.

The ministry noted that community radio stations can play a vital role in disseminating information at the local level.

“Therefore, all operational community radio stations are advised to continuously broadcast messages related to IDY-2022, broadcast messages based on yoga, regular coverage of activities organized by the state administration, districts and blocks, IDY-2022 promotional materials can be taken from the Ministry of Ayush,” the notice said.

The government has already kicked off the 75-day countdown to International Yoga Day from April 7 by holding a ‘Yoga Utsav’ at Red Fort in the nation’s capital.

At ‘Yoga Utsav’, Union Minister of Ayush, Sarbananda Sonowal had said: “The ministry has planned yoga performances in 75 heritage sites with a leading Indian brand and also planned to relay the programs of IDY across the world with the movement of the Sun. This is linked to Prime Minister Narendra Modiji’s ‘One Sun, One Earth’ campaign.”

In December 2014, the United Nations proclaimed June 21 as the IYD with the aim of raising awareness around the world of the many benefits of practicing yoga. The draft resolution establishing the IDY was proposed by India and endorsed by a record 175 Member States.

(With contributions from IANS)

Coachella concludes a successful first weekend in the desert