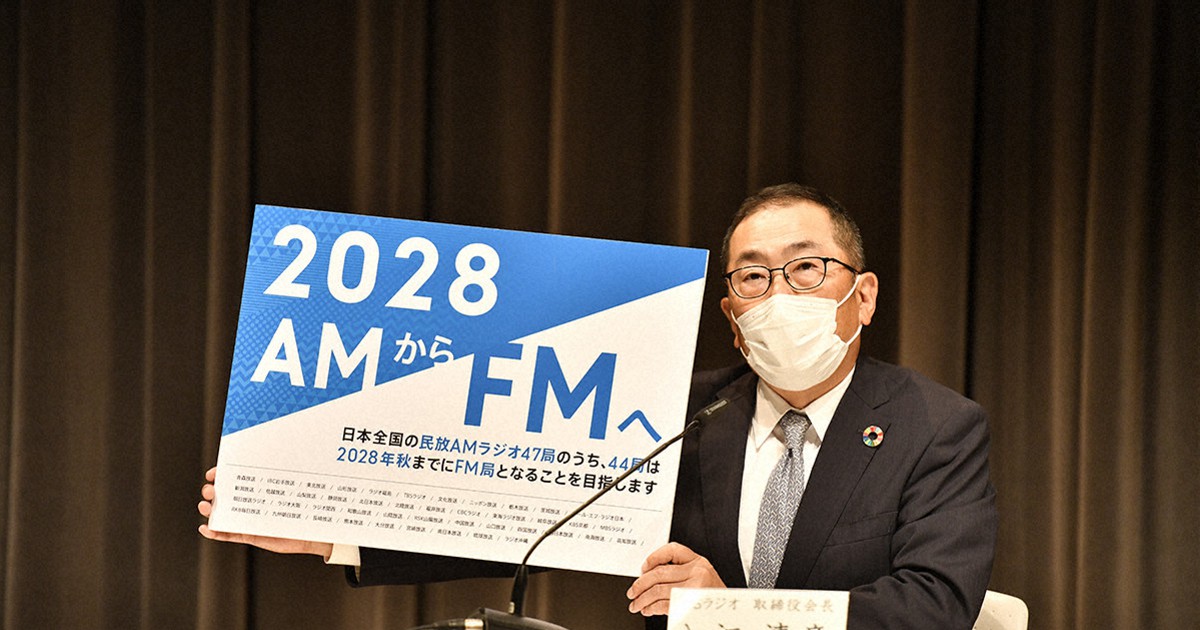 TOKYO – Forty-four of Japan’s 47 commercial AM radio stations plan to switch to FM broadcasting by fall 2028 to improve business performance by reducing operating costs for AM and FM broadcasting services, a was announced on June 15.

Although AM broadcast has a longer range, it has faced challenges, such as the need for large-scale installations that include an antenna at least 100 meters high and high maintenance costs as they are getting old. In addition, AM and FM radio channels broadcast the same programs via complementary FM broadcast, known as Wide FM, as part of disaster prevention measures, resulting in overlapping installation costs.

With advertising revenues declining among commercial AM broadcasters, in 2019 they asked the Ministry of Communications for a reform of the system that would allow them to switch to FM broadcasting at a lower cost, and the ministry approved this reform.

Tokyo-based TBS Radio Inc., Nippon Cultural Broadcasting Inc. and Nippon Broadcasting System Inc. have announced that they will stop AM broadcasting in the fall of 2028 at the earliest. In total, 21 of the 47 AM broadcasters should participate in the ministry’s experiment, and of the 21, 14 will participate with their broadcast relays. Even after the transition to FM by fall 2028, some broadcasters will continue AM programming as an additional measure.

FM broadcasting is difficult to receive in mountainous and remote areas, and Wide FM radio requires a receiver that matches certain frequencies. A 2019 government survey, however, showed that the distribution rate for Wide FM receivers was only 53%.

TBS Radio President Kiyohiko Irie told a press conference on June 15: “We need to act quickly to promote (Wide FM) receivers. We decided to announce our plans at an early stage to better understand our listeners. switch to FM, each of us will take this opportunity to meet the challenges. ”

How to watch GB News | Can you broadcast GB News online?

Robbie Vincent gets his own 24/7 radio channel – RadioToday